On our August 12, 2018 fishing charter as we headed out from Point Judith is was an overcast day with calm waters.  We were headed out to  Block Island to do some fishing with the Wallace’s on board.  Took us an hour and a half to get to the south west corner and our favorite spot.  The fish finder showed the entire screen filled with fish.   We dropped the lines and within 15 seconds Jon hooked a big striper which took a good while to bring in.  We went around siminsagh started trolling once again and Mrs. Wallace started bringing in a huge fish which turned out to be 49 inches and 48 lbs.  Since there were 4 of us on board we decided to make another pass to see if we could get 2 more stripers.  We dropped the lines and within minutes we had two more stripers on the lines.  It turned out to be a great day as we hooked on some of the largest striped bass of the season.

A great RI Fishing Charter on the Aces Wild! 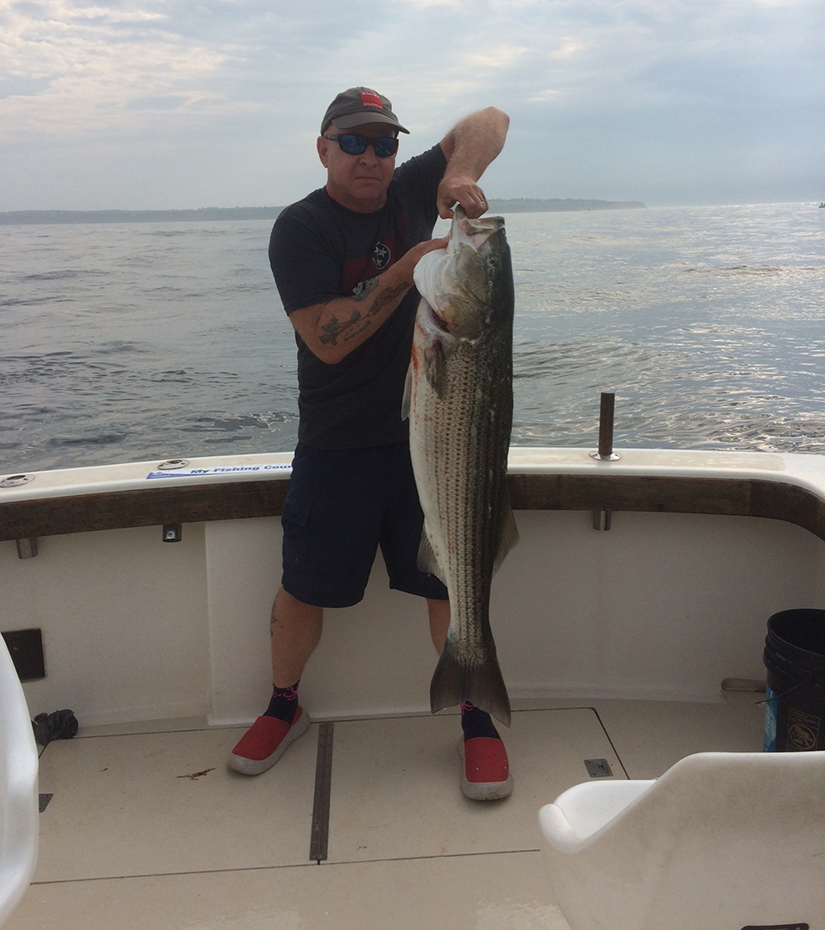 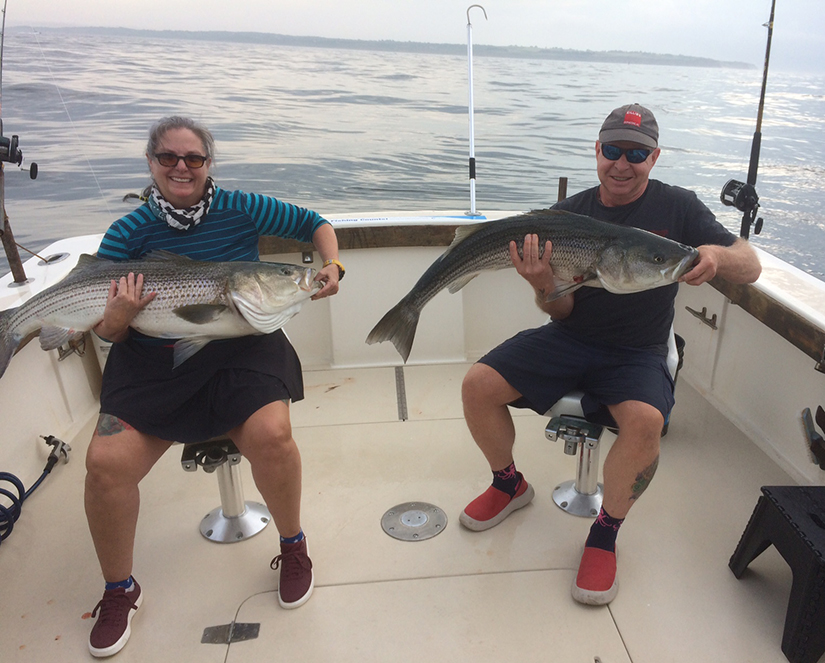 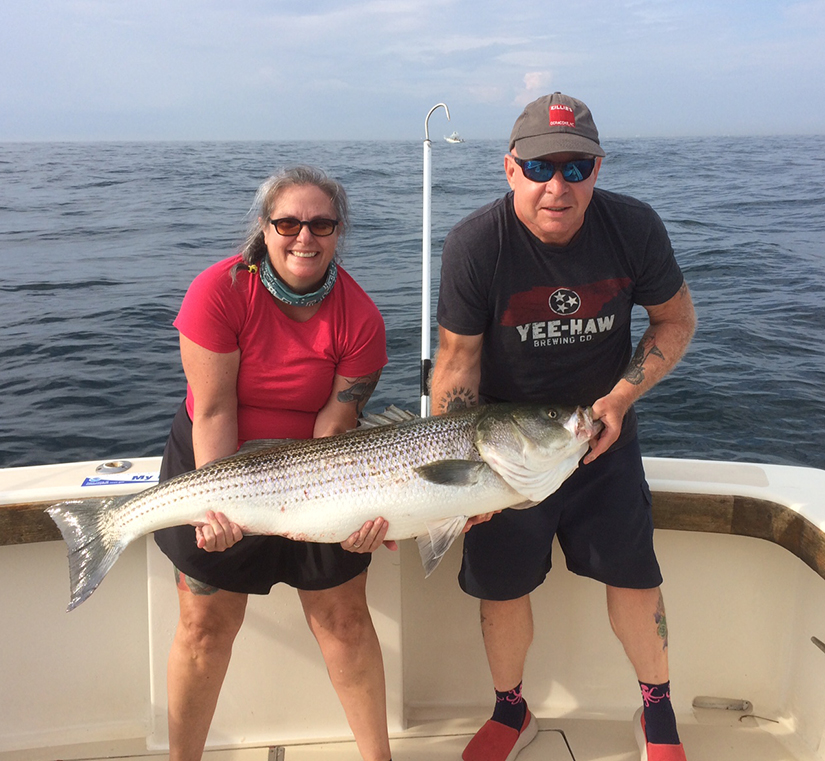