Striped Bass Getting Bigger, 39″ with Nick and Friends

Striped Bass Getting Bigger, 39″ with Nick and Friends

On today’s (July 7, 2018) RI Deep Sea Charter we welcomed Nick and his friends onboard the Aces Wild.  Nick is a repeat customer from last year, and It is always GREAT to have repeat customers!

We started out a little later than normal as one of the guys was a little late arriving at the dock.  The fish were biting early because of the change of tide, making an early start important.

We headed for the Southwest corner and once we arrived started trolling.  After a while, we brought 2 stripers aboard.  They were 37″ and 39″ respectively.  Notice the sizes, the big stripers are starting to show up! We dropped the lines in again and hooked up on a short fish that we threw back.

Since the striped bass not hitting any longer we decided to go to the North Rip where we caught several flounder and sea bass.

Nick and friends for coming onboard the Aces Wild! 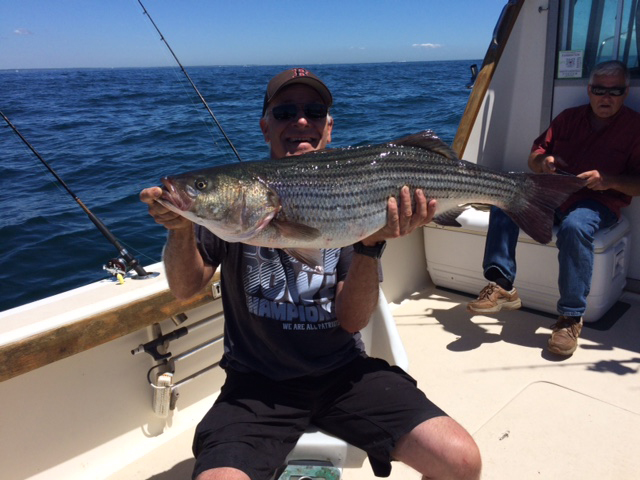