August Brings in the BIG Striped Bass, the Cows Are Here!

August Brings in the BIG Striped Bass, the Cows Are Here!

On August 9th, 2018 we had a 6:00am Point Judith Fishing Charter, and it was nice and overcast with calm seas.  We headed for our favorite spot and started trolling.  Within 2 minutes we had 2 large stripers on the lines.  Took a while to reel them in as the current was very strong.  We started trolling again in the same place with no luck.  We decided we’d troll upward to try some bottom fishing and as we were bringing in the lines we hooked into a large bass.  Since we hooked into one large one we figured we would keep trying, so we went back to start trolling once again.  We hooked up again with two fish on one line.  Brought them up to the boat and only one was a keeper, the smaller one we lost.  However, the big one was 49” and 48lbs.  He was a whopper!!!   All the stripers on this trip were quite large.

Once we maxed out on Striped Bass we bottom fished for a while and caught a bunch of flounder.  A great time was had by all and we hope to see them again next year on the Aces Wild. 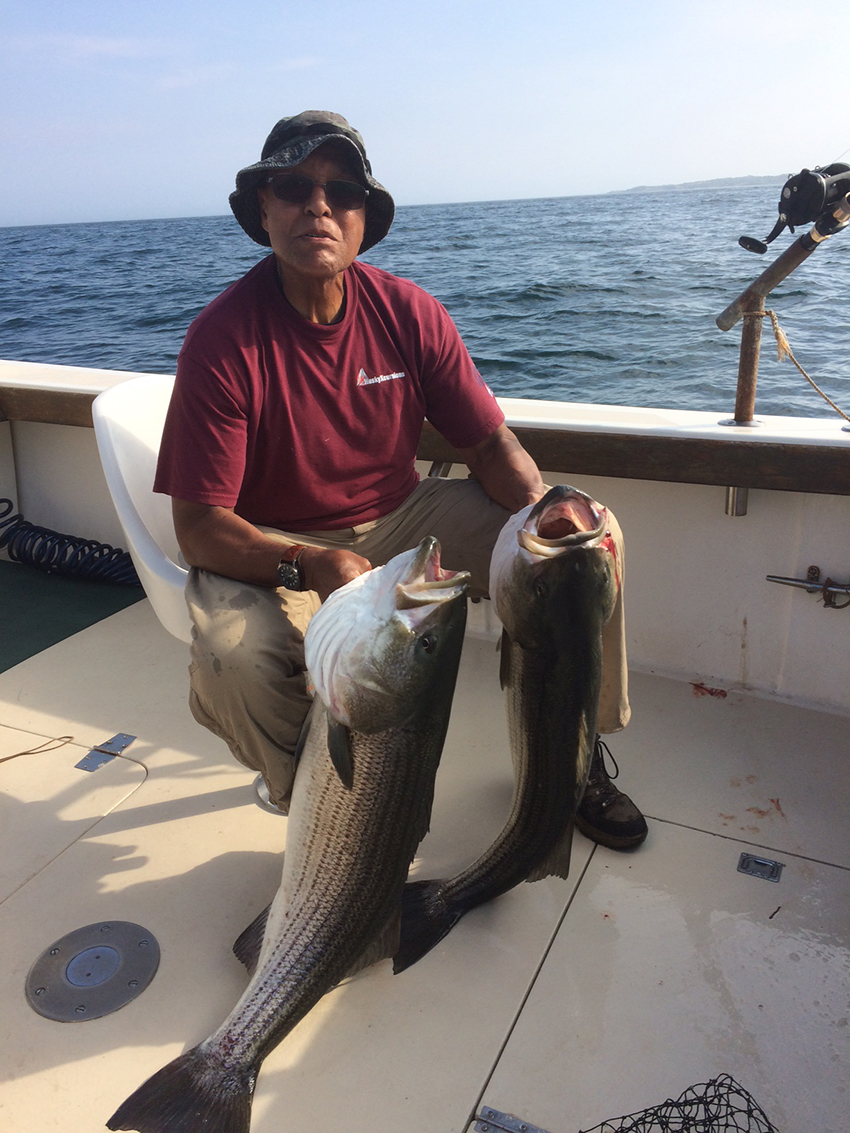 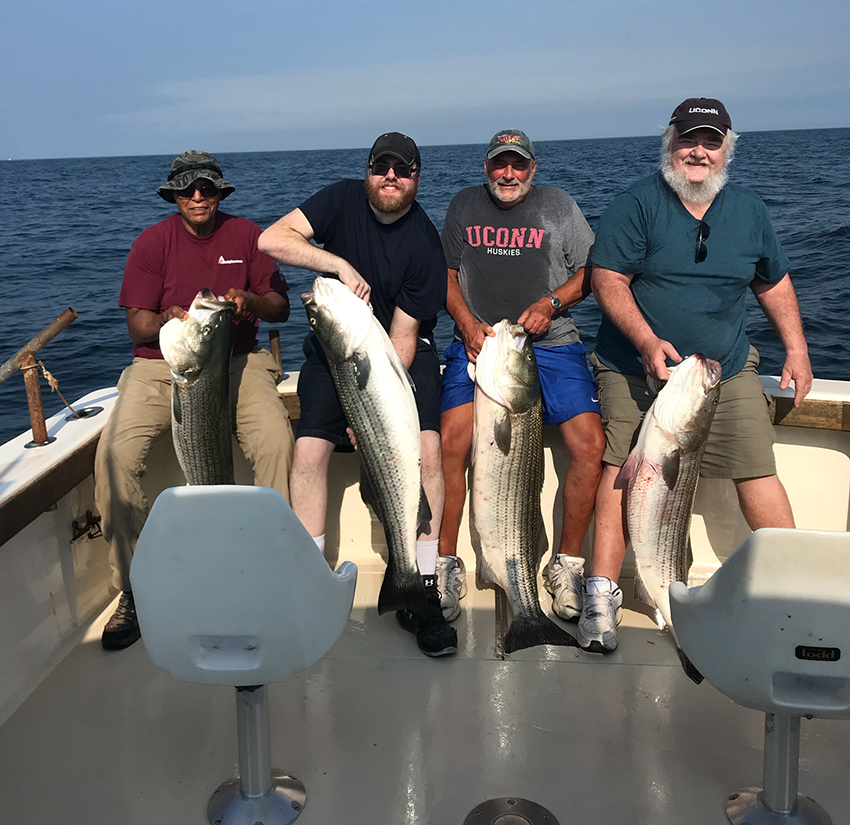