This Father & Son came from Georgia to fish in these RI waters.  Met at the dock at 5am and saw a beautiful sunrise which was caught on camera.  Another calm day as we head out to the island.

After arriving at the rip we started fishing with both frames and parachutes.  It took about an hour to find where the fish were but we were finally successful and ended with a total of 8 stripers but released 4.  As usual, the ones caught after reaching the limit are the bigger ones.  This was a half-day trip so we headed back to the dock.

It was a great day on the water. 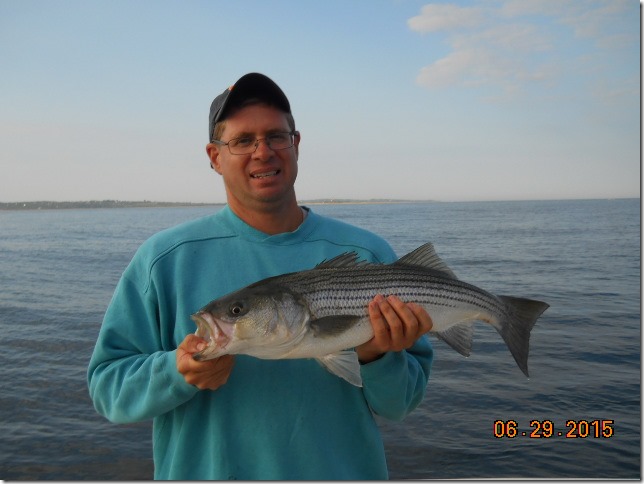 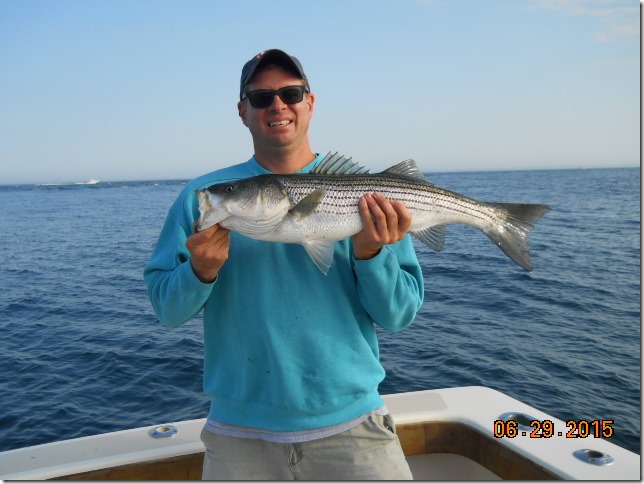