These folks came from Ohio to the little state of Rhode Island to fish the waters off Block Island  They joined us on the Rhode Island Fishing Charter Aces Wild.  We met them at the dock in Galilee at 5am.

Headed for Block Island under cloudy skies and a light fog.  The ride over was a little bumpy until we arrived at the north rip.  Trolled for about one half hour with no success.  Picked up and headed for the southwest corner.  As soon as we arrived at our GPS heading we saw birds and bait working.  We headed for the birds, dropped the lines in and trolled.  Within minutes we had fish on.

After bringing in about 15 blues and a bass, the fog rolled in.  Lost sight of the birds but still managed to hook up a few more fish.  Decided to head back to the north rip which was about an hour trip.  We spotted birds working the water.  Put the lines in with frames and immediately hooked up.  We continued until we limited out.  The bass were all over the place.

Had a very successful day and on the way back home the fog finally lifted.  The fish were all filleted and put in bags for their trip home. 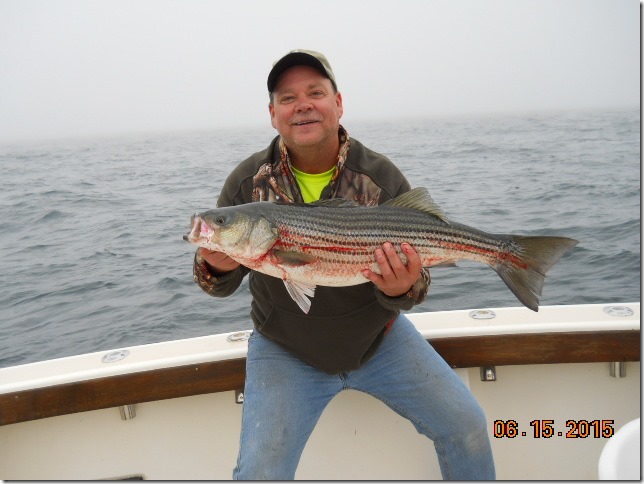 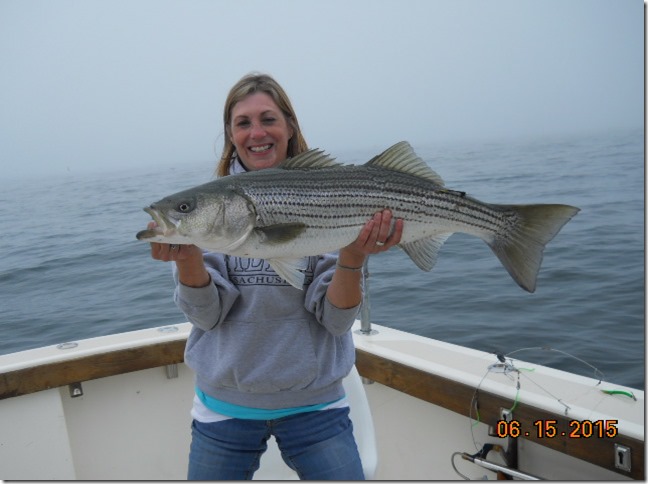 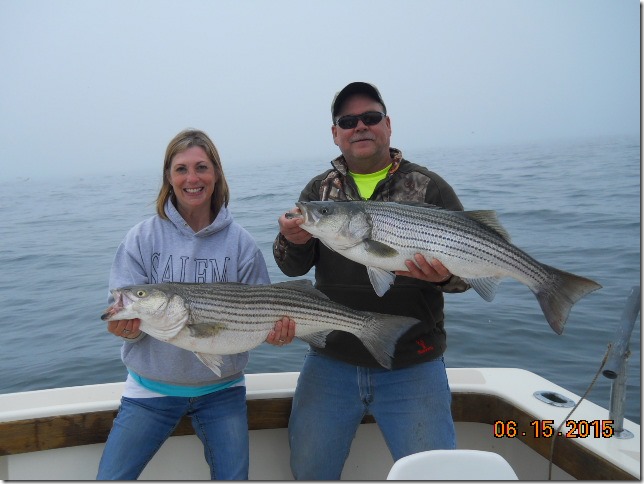